Lots of Great Fresh Picks at the Certified Farmers' Markets! Sweet and delicious, Carrots are packed with nutrients! Everyone knows that Carrots are a garden favorite for bunnies; real rabbits, and those imagined (like Bugs Bunny, Peter Rabbit, or the Easter Bunny). But they are also favorites for nutritionists, and just about anyone else who is interested in good health and nutrition. Even that is really no surprise, though. Carrots are one of the world’s most versatile and nutritious of vegetables; filled with beta carotene (which the body converts to Vitamin A), rich in mineral salts and vitamins (B, C, D, and E), and a good source of fiber. The Carrots you’ll find at the Certified Farmers’ Markets are locally-grown, pesticide-free, and available in a variety of colors you won’t find at the grocery store – everything from the traditional orange, to yellow, white, red, and even purple. 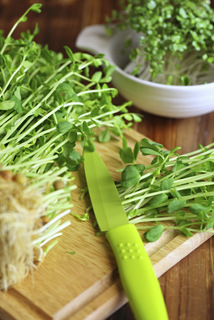 Microgreens. Although small, Microgreens are packed with flavor. As the smallest of edible greens, Microgreens are past the “sprout” stage, but harvested before they develop further than having one or two sets of leaves. Generally, they are one to two inches long, and are come from a variety of salad greens, herbs, vegetables and edible flowers - arugula, basil, beets, cilantro, borage, mint, cucumber, mustard, radish – literally dozens of varieties.

Microgreens burst onto the culinary scene in the 1990s, and originated in Southern California. Much has been made of their health benefits, and they do provide fair amounts of vitamins A and C, several minerals, and fiber. But in the end, it’s all about taste. Microgreens capture the essence of the plants  -  the fragrance, the texture, the flavor!

Did you know: Microgreens are typically harvested at the opening of the first leaves, anywhere between 10 and 21 days from the date the seeds were sown. 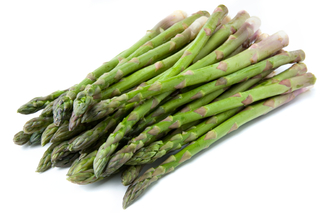 The appearance of fresh Asparagus is a sure sign of Spring here in Southern California. The Egyptians, the Greeks and the Romans all cultivated Asparagus, eating it raw in the Spring and drying it for use in Winter. One depiction of Asparagus that appears on an Egyptian frieze actually dates back to 3,000 BC!

Ancient or not, Asparagus IS delicious. But only the new shoots. Unlike many other vegetables, we only eat the immature shoots of Asparagus right after they come up in the Spring. The mature plant is too tough and woody to eat, with a strong, unpleasant taste.

Asparagus can be eaten raw, stir-fried, grilled, steamed, and/or pickled. It can also be added to soups and stews, although this is a less common use in the United States.

Did you know: In Germany, Asparagus is cultivated in hills of soil (to prevent photosynthesis) and gathered while still white. Green Asparagus, although available, is rarely eaten, and definitely not preferred. White Asparagus, on the other hand, is so popular in Germany that most German cities hold festivals to celebrate the Asparagus harvest. 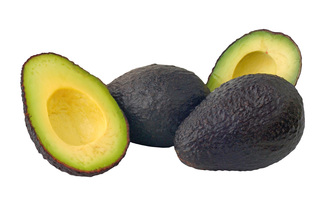 Hass Avocados are rather unique, in that they are all descended from a single mother tree that was grown from a seed in 1926 by   Rudolph Hass.  Hass, a postman (and amateur horticulturalist) in La Habra Heights, California, never know which of the several subspecies of avocados he was working with grew into the mother tree, but he did recognize that it was unique. So unique, in fact, that he patented it in 1935 – the very first time a patent was granted to a tree! Since 1935, Hass Avocados have come a long way. Less than a century after being developed, they account for almost 80% of all the avocados grown throughout the world, and 95% of the avocados grown in California! Talk about spreading like wildfire!

Did you know: Although Rudolph Hass did patent the Hass Avocado, he only made around $5,000 off his patent. Why?  Because once growers bought one tree from him, they could use it to graft entire orchards of delicious and hearty Hass Avocados. Celery, along with carrots, onions, tomatoes and potatoes, has become a household staple for most of us.  Although available year-round, fresh, locally-grown Celery has a far superior taste. The stalks of the Celery plant are the most commonly eaten portion of the plant, although the entire plant is edible, including leaves, root (celeriac), and even the seeds. Celery belongs to the same plant family as carrots, fennel, dill and parsley, and its leaves are very similar to those of some kinds of parsley.

Did you know: Celery seeds are actually very small fruits. They yield a valuable volatile oil that is used in the perfume and pharmaceutical industries. They are also a popular spice, either as whole seeds or ground and mixed with salt.

The Certified Farmers Market is sponsored by the Palm Springs Cultural Center. It operates in three locations, and on three different days of the week, as follows: