Locally grown Ripe Haas and Fuerte avocados are available at both Certified Farmers’ Market locations, and four more varieties, Reed, Gwen, Bacon and Pinkerton avocados, will begin to arrive at the Markets in the next few weeks. In Palm Springs, they can be found at Old Grove Orange Farms, Ramirez/Gonzalez Farms and Jaime Farms. In La Quinta, they are available at the Original Farquhar Farms, Ramirez/Gonzalez Farms and Jaime Farms.

Avocados are native to South and Central America, and were introduced from Mexico into California in the 19th century. Since that time, Avocados have become an extremely successful cash crop, with ninety five percent of United States avocado production located in Southern California. In fact, California, claims to be the "Avocado Capital of the World." While a number of avocado varieties are grown in California, the Hass avocado is today the most common. Quite a feat, considering that all Haas avocado trees are descended from a single "mother tree" that was was started from seed in 1926 by a mail carrier named Rudolph Hass.

Did you know: Avocados were considered a sexual stimulant by many cultures, and were not purchased or consumed by any person wishing to preserve a chaste image. The Aztecs called avocados "the fertility fruit."


Did you know: Strawberries can be crushed and used as an exfoliant for the skin. In fact, Madame Tallien, a great figure of the French Revolution, used to take baths filled with strawberries to keep her skin radiant and glowing. But not everyone took to Strawberries quite so quickly, or as wholeheartedly as Madame Tallien. In Argentina, Strawberries were actually thought to be poisonous all the way up until the mid-nineteenth century. 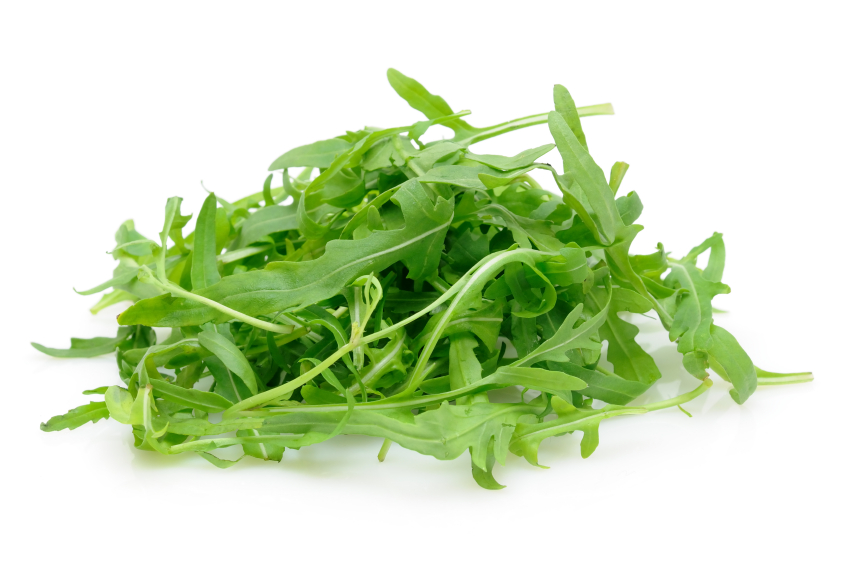 Known by a multitude of names throughout the world (Garden Rocket or Rocket (British English), Arugula (American English), Rucola or Rugola (Italian), Rauke (German), Roquette (French), Rokka (Greek), Beharki (Basque), Rucula, Oruga and Arugula (Spanish), and Rucula (Portuguese) to name a few), Arugula is a spicy salad green that has taken over American salads with its unique peppery flavor. It’s a favorite for culinary professionals who use it to dress up everything from Ahi Tuna to Seared Beef Tenderloin, but it’s also become a favorite for home cooks who use it to add a peppery, almost mustard-like flavor to salads, pestos, stir-frys, and even pizzas.

Did you know: In Roman Times, Arugula was known as an aphrodisiac, and in present day Ischia (an island in the Gulf of Naples), locals use it to make Rucolino, a digestive liquor.