Certified Farmers Market Fresh Pick of the Week for 12/25: Beets! 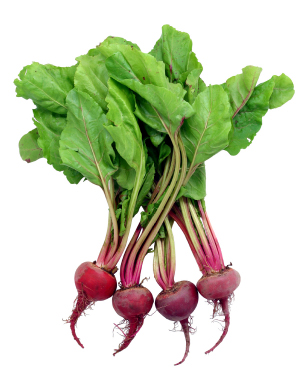 Beets are this week’s Fresh Pick of the Week at the valley’s Certified Farmers’ Markets, and are available from several farmers at all three valley locations. When most people think of Beets, they think only of the red root vegetable that is generally served boiled, roasted, stir-fried or pickled. What many people do not know is that the green leafy part of the Beet plant is also edible, and was quite popular (more so than its roots) until its leafier cousins – Spinach and Swiss Chard – gained popularity around the Sixteenth Century. Another surprising fact about Beets is that they come in a variety of colors ranging from bright orange, yellow, purple, white, and, of course, the traditional red!

Beets became quite important as a commercial food crop in 19th century Europe, following the development of the Sugar Beet in Germany, and the discovery that sucrose could be extracted from Sugar Beets, providing an alternative to tropical sugar cane. White Sugar Beets remain a widely cultivated commercial crop used for producing table sugar to this day.

Did You Know: Beet juice can help lower blood pressure. Research published in the American Heart Association Journal demonstrated that drinking 500ml of beet juice led to a reduction in blood pressure within one hour. The reduction was even more pronounced after three to four hours, and was measurable for up to 24 hours after drinking the juice.